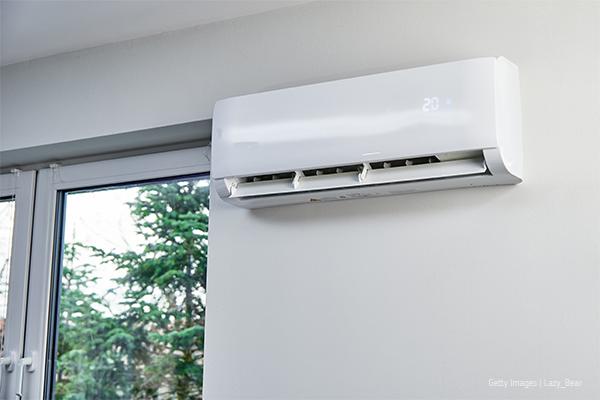 Find out how the EU is taking action to cut F-gas emissions.

Find information on the main requirements for the import/export of HFCs in bulk and pre-charged in equipment and related obligations.

Fluorinated gases (‘F-gases’) are a family of human-made gases used in a range of everyday products as well as industrial applications. The EU is taking regulatory action to control F-gases as part of its policy to combat climate change.

F-gases are often used as substitutes for ozone-depleting substances, because they do not damage the atmospheric ozone layer. However, F-gases are powerful greenhouse gases, with a global warming effect up to 25 000 times greater than carbon dioxide (CO2).

The emissions of F-gases in the EU doubled from 1990 to 2014 – in contrast to emissions of all other greenhouse gases, which were reduced. However, thanks to EU legislation on fluorinated gases, F-gas emissions have been falling every year since 2015 (EEA data).

Hydrofluorocarbons (HFCs) are by far the most relevant F-gas group from a climate perspective, although they are relatively short-lived. The other two F-gas groups, perfluorocarbons (PFCs) and sulphur hexafluoride (SF6), can remain in the atmosphere for thousands of years. There are also a number of lesser-known F-gases, such as NF3, SO2F2 and others.

A first, the F-gas Regulation was adopted in 2006, and succeeded in stabilising EU F-gas emissions at 2010 levels.

On 1 January 2015 it was replaced by current Regulation (EU) 517/2014, which strengthened the earlier measures and introduced a number of far-reaching changes by adding a quota system and a number of prohibitions to the use of F-gases in some sub-sectors.

By 2030, the Regulation will cut the EU’s F-gas emissions by two-thirds compared to 2014 levels.

The expected cumulative emission savings are 1.5 Gigatonnes of CO2-equivalent by 2030 and 5 Gigatonnes by 2050. The latter number is more than the CO2 produced by a billion return flights from Paris to New York and more than the sum of all greenhouse gases emitted in the EU during one year.

The legislation also stimulates innovation and green growth and jobs by encouraging the use of green technologies based on less climate-harmful alternatives.

On 5 April 2022, the Commission made a legislative proposal to update the F-gas Regulation. This proposal will now be negotiated by the co-legislators in the European Parliament and the Council.

The Kigali Amendment, which entered into force on 1 January 2019, added HFCs to the list of controlled substances under the Montreal Protocol. The foreseen phase-down of HFCs could save around 80 Gigatonnes of CO2 equivalent by 2050 and is a significant contribution to fighting climate change.

All 198 Montreal Protocol parties agreed to take steps to gradually reduce the production and use of HFCs. The first reduction step to be taken by the EU and other developed countries was required in 2019, while most developing countries will start their phasedown in 2024.

What F-gases are used for

F-gases are used in several types of products and appliances, mainly as substitutes for ozone-depleting substances such as chlorofluorocarbons (CFCs), hydrochlorofluorocarbons (HCFCs) and halons which are being phased out under the Montreal Protocol and EU legislation.

The availability of climate-friendly alternatives to F-gases has been thoroughly assessed in studies carried out for the Commission and other bodies.