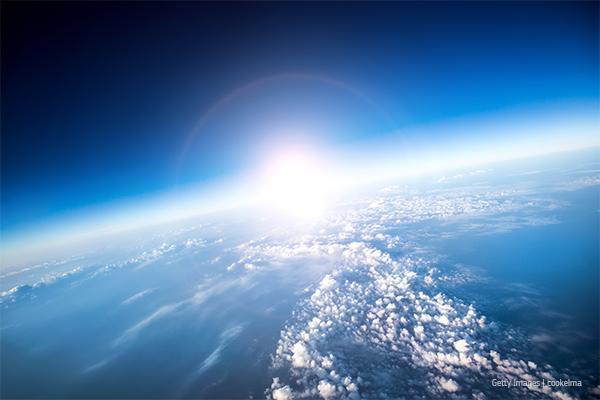 The EU ‘Ozone Regulation’ – Regulation (EC) 1005/2009 on substances that deplete the ozone layer – provides the legal basis for the protection of the...

Licences & reporting for uses in the EUThe import and export of ozone-depleting substances (ODS), as well as their production for laboratory and...

World governments agreed in the late 1980s to protect the Earth’s ozone layer by phasing out ozone-depleting substances emitted by human activities, under the Montreal Protocol. In Europe, the Protocol is implemented through EU-wide legislation that not only meets its objectives but also contains stricter, more ambitious measures.

Global action taken under the Montreal Protocol has halted the depletion of the ozone layer and allowed it to start recovering, but much remains to be done to ensure a steady recovery.

The ozone layer is a natural layer of gas in the upper atmosphere that protects humans and other living things from harmful ultraviolet (UV) radiation from the sun.

Although ozone is present in small concentrations throughout the atmosphere, most (around 90%) exists in the stratosphere, a layer 10 to 50 kilometres above the Earth’s surface. The ozone layer filters out most of the sun's harmful UV radiation and is therefore crucial to life on Earth.

Scientists discovered in the 1970s that the ozone layer was being depleted.

Atmospheric concentrations of ozone vary naturally depending on temperature, weather, latitude and altitude, while substances ejected by natural events such as volcanic eruptions can also affect ozone levels.

However, these natural phenomena could not explain the levels of depletion observed and scientific evidence revealed that certain man-made chemicals were the cause. These ozone-depleting substances were mostly introduced in the 1970s in a wide range of industrial and consumer applications, mainly refrigerators, air conditioners and fire extinguishers.

Ozone depletion is greatest at the South Pole. It occurs mainly in late winter and early spring (which is from August to November in that region) and peak depletion usually occurs in early October, when the ozone is often completely destroyed in large areas.

This severe depletion creates the so-called “ozone hole” that can be seen in images of Antarctic ozone, made using satellite observations. In most years, the maximum area of the hole is bigger than the Antarctic continent itself. Although ozone losses are less radical in the Northern Hemisphere, significant thinning of the ozone layer is also observed over the Arctic and even over continental Europe.

Most of the ozone-depleting substances emitted by human activities remain in the stratosphere for decades, meaning that ozone layer recovery is a very slow, long process. The hole grew in the years following ratification of the Montreal Protocol, due to the lag caused by the fact that ozone-depleting substances remain in the stratosphere for a long time. The maximum size of the ozone hole is now decreasing.

For the status of the currently ongoing ozone hole, you can visit the Copernicus web site

Effects of ozone depletion for humans and the environment

Action to protect the ozone layer

In 1987, to address the destruction of the ozone layer, the international community established the Montreal Protocol on ozone-depleting substances. It was the first international treaty to be signed by all countries of the world and is considered the greatest environmental success story in the history of the United Nations.

The Montreal Protocol’s objective is to cut down the production and consumption of ozone-depleting substances, in order to reduce their presence in the atmosphere and thus protect the Earth's ozone layer.

The chart below shows the decreasing consumption of ozone-depleting substances covered by the Montreal Protocol.

EU legislation on ozone-depleting substances is among the strictest and most advanced in the world. Through a series of regulations, the EU has not only implemented the Montreal Protocol but has often phased out dangerous substances faster than required.

The current EU ‘Ozone Regulation’ (Regulation (EC) 1005/2009) contains a number of measures to ensure a higher level of ambition. While the Montreal Protocol regulates the production of these substances and their trade in bulk, the Ozone Regulation prohibits their use in most cases (certain uses are still permitted in the EU). Moreover, it regulates not only substances in bulk, but also those contained in products and equipment.

The EU Ozone Regulation also sets licensing requirements for all exports and imports of ozone-depleting substances and regulates and monitors not only substances covered by the Montreal Protocol (over 90 chemicals), but also some that are not covered (five additional chemicals called 'new substances').

Nevertheless, the ozone layer is not expected to recover fully before the second half of this century. This is because once released, ozone-depleting substances stay in the atmosphere for many years and continue to cause damage.

Much remains to be done to ensure the continued recovery of the ozone layer and to reduce the impact of ozone-depleting substances on the Earth’s climate.

Maximum ozone hole extent over the southern hemisphere, from 1979 to 2019.

The images below show analyses of total ozone over the Antarctic by Copernicus. The blue colours indicate the lowest ozone amounts, while yellow and red indicate higher ozone amounts.

Actions required globally to continue the recovery of the ozone layer are:

Most man-made ozone-depleting substances are also potent greenhouse gases. Some of them have a global warming effect up to 14000 times stronger than carbon dioxide (CO2), the main greenhouse gas.

On the other hand, the global phase-out has led to a large increase in the use of other types of gases, to replace ozone depleting substances in various applications. These fluorinated gases (‘F-gases’) do not damage the ozone layer, but do have a significant global warming effect. Therefore, in 2016, Parties to the Montreal Protocol agreed to add the most common type of F-gas, hydrofluorocarbons (HFCs), to the list of controlled substances.

Statistics on progress in phasing out ozone-depleting substances

Protection of the ozone layer: Questions and Answers

The ozone layer is a natural layer of gas in the upper atmosphere which protects humans and other living beings from the harmful ultraviolet (UV) rays of the sun. Although ozone (O3) is present in small concentrations throughout the atmosphere, most ozone (about 90%) exists in the stratosphere, in a layer between 10 and 50 km above the surface of the earth. This ozone layer performs the essential task of filtering out most of the sun's biologically harmful UV radiation.

Concentrations of ozone in the atmosphere vary naturally according to temperature, weather, latitude and altitude. Furthermore, substances ejected by natural events such as volcanic eruptions can have measurable impacts on ozone levels. However, natural phenomena cannot explain the current levels of ozone depletion.

The scientific evidence shows that certain man-made chemicals are responsible for the creation of the Antarctic ozone hole and the global ozone losses. These chemicals are industrial gases which have been used for many years in a range of products and applications including aerosol sprays, refrigerators, air conditioners, fire extinguishers and crop fumigation.

ODS are broken down by sunlight in the stratosphere, producing halogen (e.g. chlorine or bromine) atoms, which subsequently destroy ozone through a complex catalytic cycle. Ozone destruction is greatest at the South pole where very low stratospheric temperatures in winter create polar stratospheric clouds. Ice crystals formed in these clouds provide a large surface area for chemical reactions, accelerating catalytic cycles. Since the destruction of ozone involves sunlight, the process intensifies during spring time, when the levels of solar radiation at the pole are highest, and polar stratospheric clouds are continually present.

Ozone destruction is greatest at the South Pole.  It occurs mainly in late winter and early spring (which is from August to November in that region) and peak depletion usually occurs in early October, when the ozone is often completely destroyed in large areas. This severe depletion creates the so-called “ozone hole” that can be seen in images of total Antarctic ozone made using satellite observations. In most years the maximum area of the ozone hole is bigger than the area of the Antarctic continent itself. You can see videos on the formation of the ozone hole in the last years on the Copernicus website.

Increased UV levels at the earth's surface are damaging to human health. The negative effects include increases in the incidence of certain types of skin cancers, eye cataracts and immune deficiency disorders. Increased penetration of UV results in additional production of ground level ozone, which causes respiratory illnesses.

UV affects terrestrial and aquatic ecosystems, altering growth, food chains and biochemical cycles. In particular, aquatic life occurring just below the surface of the water, which forms the basis of the food chain, is adversely affected by high levels of UV radiation. UV rays also have adverse effects on plant growth, thus reducing agricultural productivity. Furthermore, depletion of stratospheric ozone also alters the temperature distribution in the atmosphere, resulting in a variety of environmental and climatic impacts.

Indirect economic impacts include a range of additional costs, for instance for combatting climate change or as a result of reduced fish stocks.

Despite existing regulation of ODS, there continues to be severe ozone depletion. This is because once released, ODS stay in the atmosphere for many years and continue to cause damage. However, since smaller and smaller amounts of ODS are being released, the first signs of recovery of the ozone layer are visible. Nevertheless, because of the long lifetime of ODS, and unless additional measures are taken, the ozone layer is unlikely to recover fully before the second half of the century.

Ozone-depleting substances are still present in many older types of equipment and appliances so awareness of how to deal with these is crucial. Here are some practical things individuals can do to help protect the ozone layer:

There is a direct link between increased exposure to UV radiation and a higher risk of contracting certain types of skin cancers. Risk factors include skin type, sunburn during childhood, and exposure to intense sunlight. Recent changes in lifestyle, with more people going on holiday and deliberately increasing their exposure to strong sunlight, are partly responsible for an increase in malignant skin cancers. To minimise the risk of contracting skin cancer, cover exposed skin with clothing or with a suitable sunscreen or sun cream, wear a hat, and wear UV-certified sunglasses to protect your eyes.

While an increased amount of UV radiation is bad for human health, too little exposure can also have negative effects. These are mainly related to the reduced vitamin D production in the skin which is induced by UV radiation. Under-supply of vitamin D is the cause of a number of illnesses such as osteoporosis, osteomalacia (softening of the bones), rickets or cardiovascular problems. Dark-skinned people are particularly vulnerable to a decrease in natural UV radiation. However, most people get adequate exposure to UV radiation in their daily lives. For healthy humans, there is no medical reason to seek additional exposure.